Miguel Linera Alperi: “Raising funds is an exhausting and depressive experience when you start a company.”

Almost a year after their incubation at Bridge for Billions, Miguel Linera Alperi and Pablo Garnica, founders of Arex, have secured a first round of investment, joined the new acceleration program of Colliers International powered by Techstars, and are preparing to launch their MVP in the United States. 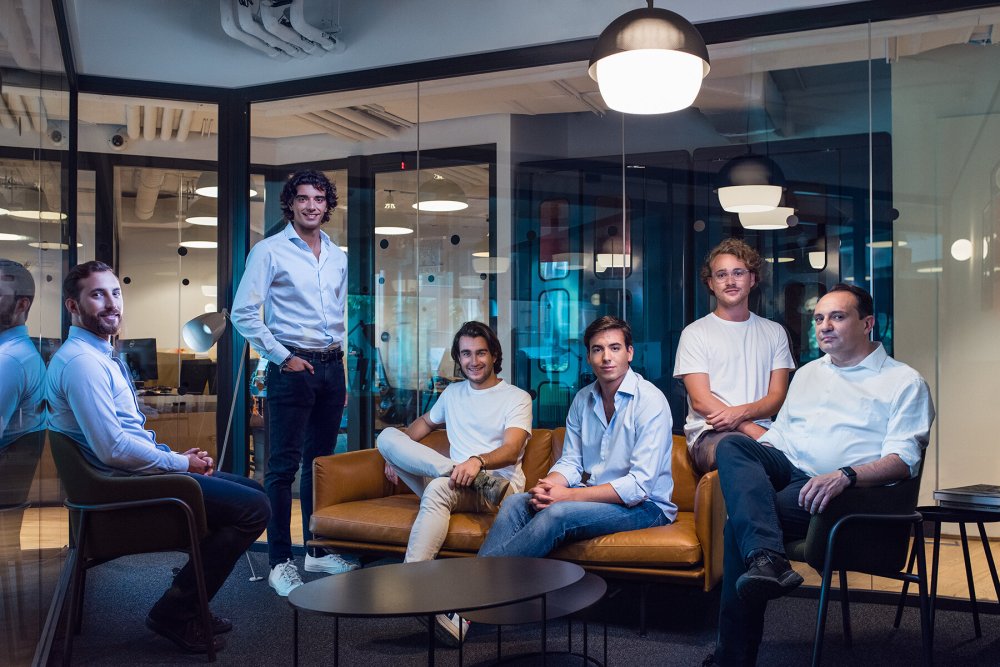 In summer 2017, Pablo Garnica, Pablo Jodar, and Miguel Linera started working on what would later become AREX while working at a bank in London. The idea was to turn the real estate market into what financial markets are nowadays – liquid, efficient, and transparent – using blockchain & AI for complex transactions.

2 years down the line, they have won the Proptech Challenge by CBRE, completed The Leap, Bridge for Billions’ incubation program, secured their first round of funding, and just recently joined the new acceleration program of Colliers International powered by Techstars to launch Arex in the United States. We asked them to share their insights on their journey as entrepreneurs both in Spain and in the US.

Bridge for Billions: You And Your Co-Founder Both Come From The Corporate World. Why switch to AREX? 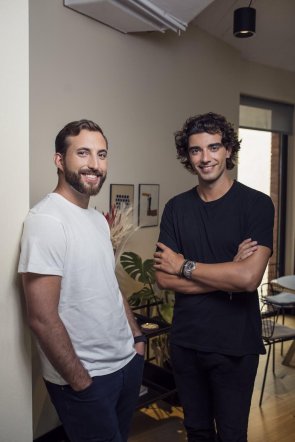 Miguel Linera: I would say there are three factors that made us leave the corporate world for the volatile startup one. The first was creativity. Individual creativity is extremely limited in a corporate environment where, at least during the first years, your tasks are mostly automatable, and so you become nothing more than a “commodity” in the sense that you are easily replaceable.

The second one was flexibility. Routine doesn’t exist when building a company. Now we work many more hours than before, but we organize our agendas as we want. We can work from Madrid, Toronto or New York and, as long as the work due is finished at the end of the day, we don’t mind how many hours our team work.

The third were the potential upsides in every sense – intellectually, economically and professionally. Even though the salaries we are making right now are ridiculously small, we are all betting on the possibility that, if we deliver the value that we expect to the market, some of it will come back to us.

In conclusion, it all sums up in a complicated choice about how you want to live your life, your tolerance to risk, and deciding which are your preferences.

Why did you apply to The Leap and what did you get out of it?

That’s the moment I decided to apply to The Leap program. Winning the Proptech Challenge was a very good validation, but we needed more, we had to turn our idea into a real business. The Leap program helped us structure our ideas, clarify our message and our business model, and taught us how to analyze a market and its competitive landscape.

On Your Website, You Quote Richard Buckminster Fuller “Do Not Try To Change A System, Build A New One That Makes The Previous One Obsolete.” How Did AREX Make The Previous System Obsolete? How Did The Sector React? 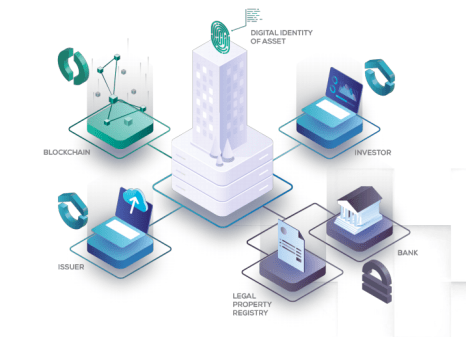 We’re still trying to make the previous system obsolete. We’re putting a lot of effort in trying to change the mentality of how professionals do business in the real estate sector, but there’s still a lot to do. The sector is reacting very well to our idea, even better than expected. The big players in the market recognize the huge difference in digitalization between their sector and other big industries and are willing to put in the necessary resources to make it happen.

You Secured A Round Of Investment Recently: Can You Tell Us More About It? Why Did You Find It Necessary To Bring Investors To The Table?

Our idea is ambitious and building software can be very capital intensive. We started without investment and stayed like that for 6 months. But, e realized that if we wanted to move forward with the project, we needed to raise funds and start building its foundations. Raising funds is an exhausting and depressive experience when you start a company as almost everything you get from potential investors is straight “No”s. My advice on this, be resilient, persevere. Pablo and I have a list of all the investors we’ve talked to in the past year: 250. The number of investors we have is 7.

What Were The Life-Changing Moments Of Building The Project?

The first one was realizing that starting a company is a “life decision” in the sense that it literally makes you live a different life compared to most people. Different schedule, responsibilities, goals, milestones and achievements. Neither better, nor worse, just different and that was something I had to assimilate.

The second one, raising funds. Even if it’s €1,000 to start, the difficult thing is getting that first someone to support your vision. When you have a good idea, everybody will tell you how good it is, but turning their support from verbal to monetary is a different tale. Investing in early-stage companies should never be conceived as an act of charity, as some people think, but as an investment with extraordinarily high potential upside.

What was the biggest lesson you got from failing? 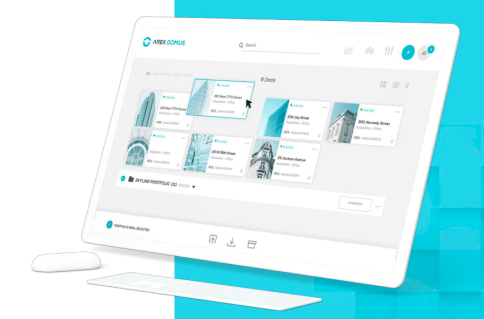 Resilience. Everybody makes mistakes and building a startup isn’t something that is taught in school (even if it was it would be completely different from what happens in reality). Look for good advisors to avoid as many mistakes as possible, but don’t be afraid to try and fail. Almost no error in your life will kill you or your professional career. Be humble, vulnerable, and open yourself to criticism and feedback. The faster you can absorb all this information, the faster you’ll grow and progress.

You’re Launching Your MVP And Launching AREX In The US. Is This A Consequence Of AREX Joining Colliers’s acceleration program?

Exactly. The Techstars-Colliers program has been of extraordinary value to us so far. In less than a month, we closed a Proof of Concept to start working with one of the biggest brokers in the world. Here, we have the opportunity to get almost daily feedback on our product, pitch, and value proposition. Furthermore, it allows us to network with top entrepreneurs and professionals in almost every field.

Do You Feel Like You’re Representing Other Spanish Founders? You Might Be Opening The Doors For Other Startups To Raise Investment.

More than representing anyone, I hope that our example helps others realize that it’s always a good time to stop for a minute, think about what you really want in life, and focus your efforts on trying to make that great idea you have a reality. Every week, I put aside some time to answer questions and try to help other young entrepreneurs avoid some of the errors I did in the past years.

To any entrepreneur reading this, don’t hesitate to reach out and send me a message. I’ll be glad to help in the best way I can.

The US Ecosystem Is Very Different From The European One And Mainly, Spain. How Do You Think That Spain Could Learn To Dynamize And Capitalize On Its Startup Ecosystem?

Spain should realize sooner than later the huge opportunity that we’re missing as a country to create a global tech and startup hub. Geographically speaking we are connected from Madrid and Barcelona by direct flights to so many major cities. We’ve got a huge pool of talent with no low border limitations thanks to the European Union. 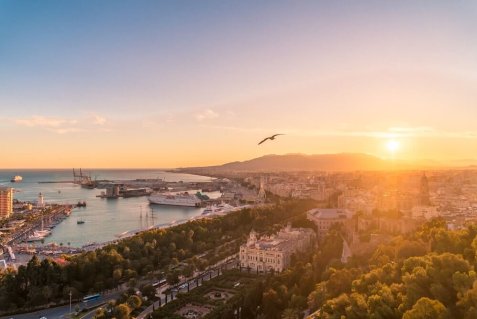 View of the city of Malaga, Spain

Apart from this, we’ve got resources, good weather, great food and, on average from every city in Spain, you can be lying down in the best beaches in the world or skiing in Catalonia, Navarra or Sierra Nevada in less than 2 hours by plane. Who wouldn’t want to start a company here? As good as it sounds, the reality is appalling…

When investors fund local startups, they do in such conditions that make businesses difficult to scale and compete internationally. Then, there are the corporates: even though they are starting to put more effort into this, they don’t support local innovation as intensely as in other countries which forces startups to search for alternatives of doing business in other countries.

Lastly, the sad truth is that politicians in Spain live far from reality as most of them have never worked or have any kind of experience in the private sector. Cases such as what is happening with the Sandbox (ed: Spain’s attempt at regulating the FinTech ecosystem) prove how far behind we are from other countries and the gap between the public and private spheres.

What’s Next For AREX?

Growing and scaling! Although many positive things have happened since we started, the reality is that our journey has just begun. The toughest part of our adventure starts now.

Like Miguel Linera and pablo garnica, you want to develop youR business idea for real? 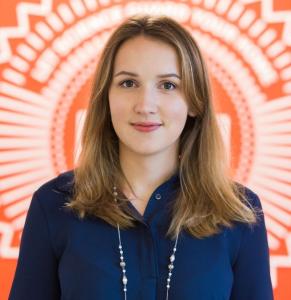 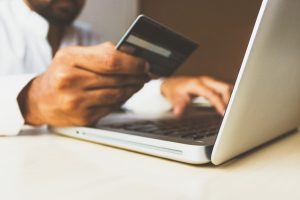